The holidays are officially in full swing here! We had a socially distanced Halloween that included pumpkin carving and a candy filled piñata with a few of our closest friends and are planning an equally as small Thanksgiving.

This year more than ever we have so much to be thankful for. We are expecting the arrival of our second daughter any day now and have been very diligent about where we go and who we see that our family (and extended) have remained healthy. Not much more I could ask for in such a scary year with Covid ramping up all over. In fact, this year will be the first in many that my sister and her family stay in Connecticut to have Thanksgiving with us to avoid their usual out of state travel. While they are understandably disappointed I am selfishly excited to have them around this year!

This Thanksgiving and holiday season will look very different from those of the past, but in many ways I am expecting it to be filled with just as much love and special memories.

I don’t know why but I’ve always disliked pecan pie. I know it’s a favorite among many but for me it always seemed unappealing (I think it’s the idea of nuts just sitting in a hardened syrup that threw me). It wasn’t until a few years ago I realized I hadn’t actually tried it. Something that is against my very own personal mantra and something I insist on my 4 year old daughter- You can’t say you dislike something until you try it. And of course I have to try everything once. So I followed my own rule and decided to try pecan pie- turns out there IS a reason people like it. While I wouldn’t call it my absolute favorite (fight me; I love another hotly debated pie option: pumpkin) it was enjoyable and enough people in my family enjoy it that I decided to try an easy spin on it. Insert last year: Pecan Pie bars with shortbread crust. I think I liked the idea of the bars because it was easy for my family to grab and go as they please, easy to transport and less formal than a whole pie.

Also, is it pronounced “Pee-CAN” or “PEY-Caun”?? Someone help me with this tied debate in my house.

This year with Thanksgiving dinners being smaller, I thought I would share this much perfected recipe (do you know how many times I’ve mixed the topping to have it over mixed and puffy?) to be easily split, packed up, and dropped off to a family member you might be Zoom dining with this year instead of in-person. Stay safe my readers and Happy Thanksgiving.

To make the crust, start with a stand mixer with the paddle attachment, cream together sugar and butter until smooth. Slowly, with the mixer on low speed, add in the flour until combined, it will be dry and almost crumbly.

Press the crust mixture into your foil lined baking sheet evenly. Then bake in the oven for about 20 minutes until barely golden.

While the crust is baking you will prep the filling. In a large bowl mix together the brown sugar, eggs, vanilla, and corn syrup until smooth. Be careful not to over mix. Add in flour and salt and mix again until combined. Fold in the pecans.

Once the crust is done remove from the oven and top evenly with the filling. Return back to the oven and bake for additional 30-35 minutes, until the center is set.

Remove and cool completely before cutting. You can also cover and keep them in the refrigerator for up to 4 days, perfect for pre-holiday prep!

Art Director by day- mom (to two daughters) by night. Cooking new dishes and discovering new food is a form of therapy. Owner of a 300-year-old historic home, with many renovations to be done! View all posts by Alexis

One thought on “Pecan Pie Bars with Shortbread Crust” 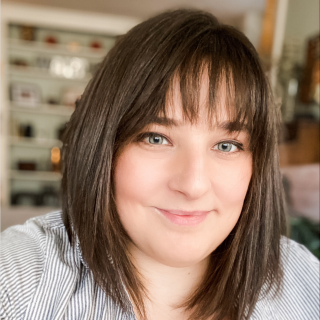 Art Director by day- mom (to two daughters) by night. Cooking new dishes and discovering new food is a form of therapy. Owner of a 300-year-old historic home, with many renovations to be done!

Im sorry I could not pick one if I tried.
Nanny dog, Portia. Working hard or hardly working?
Fall soccer is here and #10 was already rocking the field yesterday 🙌🏻🎉🥅⚽️
Swipe to put this messy baby in the bath 👉🏻
Labor Day with the babes.
Realizing fall is the best time for a lot of the planting I want to do around the property Brett and I finally went over to @bethanyfarmandnursery by the house for some inspiration 🥰 such a nice nursery and staff!